As an Amazon Associate, I earn from qualifying purchases. Read more on disclaimer page.
1 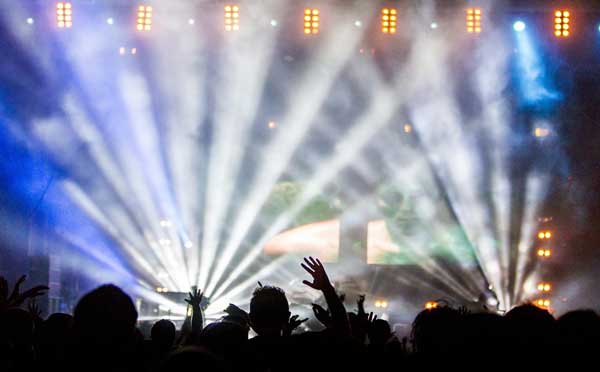 What Is A Fog Machine And How Does It Work?

If you have come across an entertainment ground with special effects like beams of lightning cutting through the venue to set the mood, that is the handwork of the fog machine.

The fog machine is a device that is mostly used by professionals in the entertainment industry to produce artificial dense vapors that have the same look and effect as a fog.

Portable designed fog machines can be used to add more fun or spooky scenarios at haunted houses or individual parties.

You can use the fog machine to create the following effects like:

This machine makes use of water that is combined with glycol or glycerin-based liquids or mineral oil that has been atomized to create special fog like effects.

Although fog machines used to have some adverse effects in the past, its technology has been modified and upgraded to be safe and more effective.

Components of a fog machine

For a fog machine to work effectively, it must make use of the following components as;

How does it work?

This fluid which is otherwise known as the fog juice is installed inside the fluid tank and made to pass through the heat exchanger with the help of a pressure pump.

When the heat exchanger reaches the maximum temperature of 400 degrees Fahrenheit, it reduces the liquid substance into a vapor. It is this vapor that is passed through the nozzle of the machine to be released into the air.

If this released vapor meets the cool atmosphere, it immediately transforms into the opaque aerosol that we know as the fog or smoke that is visible for us to see. The process that is used to vaporize the fog machine fluid is usually known as the "flashing".

Majority of the fog machine fluid that you see in the market today are mostly water based or water and glycol mixture. That is why; you should make sure that the fog juice you are using is the recommended brand for your machine.

There are specific fluids designed for each fog machine to enable it to perform effectively. If you disregard this instruction and make use of anyhow fog juice, it will surely result in low-quality fog release that may be harmful or dangerous to the machine itself.

The fog machine pump plays an important role in the process of delivering the fog fluid. It is otherwise referred to as the piston pump which is used to transfer the fog juice from the machine tank to a heat exchanger.

Whenever the piston pump is in action, you will always hear a certain noise that emits from the piston to confirm its operation. Make sure that the pump does not release the fluid too fast or it will cause the heater to switch off very fast. This is due to the fact that the fluid going through the metal block is excessive.

This component is built like a block metal with the installation of a heating element. Built inside it is a thermostat that regulates the temperature inside. When the heating session of the fluid is completed, it then flows through the nozzle of the fog machine as a vapor.

The fog machine nozzle is designed with a brass material. It has small openings that allow vapor to be released when high pressure is asserted. This makes the nozzle and its opening to remain hot to the touch and highly inflammable.

The fog machine comes together with a one button remote control which helps to simplify its operation. The button on the remote control is usually pressed down anytime you want to release the fog to the atmosphere.

It is advisable to use a remote control that has timer settings which will allow you to set the appropriate time that the fog should be released. You can use the fog machine remote control to measure the exact quantity of the fog you want to release and how long the released fog can last.

In fact, the fog machine is a must have if you want to produce mid-air laser visible effects that you can use to set the atmosphere in a specific thyme to entertain your audience.