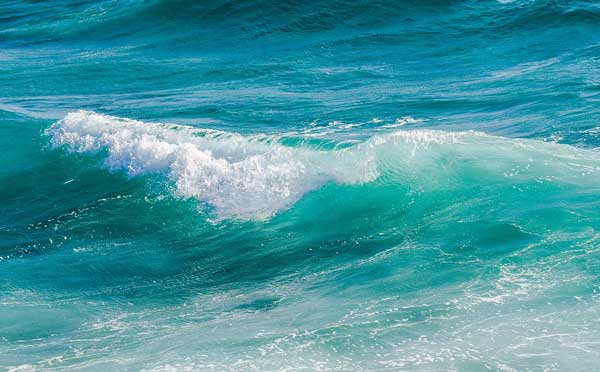 SeaWater: An Introduction To Marine Chemistry And Oceanography

Marine chemistry is a growing discipline and its study has become more crucial than ever in the current environment of climate change which threatens to disrupt some of the major processes.

The Principle of Constant Composition

One of the major discoveries in marine chemistry was the principle of constant composition, made by the Challenger expedition. Throughout the world the levels of salinity vary dependent on conditions, location, geology and a large number of other factors, however the relative levels of each of the constituent salts remains the same.

Therefore in every ocean in the world the ratio of one salt to another is the same. For example chlorine is the most abundant salt ion all the world’s oceans.

Carbon is one of the most important elements in the sea, particularly in current climate. The world’s oceans act as both a sink and source for carbon, and it is in a state of equilibrium, where CO2 absorbed is equal to that released.

However the level of actual gas CO2 in seawater is relatively low as it is one of the more soluble molecules, and dissolves to form carbonic acid.

Oxygen is vital for most life in the oceans. The upper layers of the water column are super saturated with oxygen. It is released by photosynthesising bacteria, plants and other organisms and is also forced into the sea by crashing waves.

Oxygen can be driven into solution by force and pressure and is of great importance to aerobic life in the oceans so that successful respiration can occur.

Chlorine is the most abundant salt ion in the world’s ocean. It is most commonly found as the solid sodium chloride, but can also be found as a dissolved ion. Sodium, also a high level salt in the oceans is sometimes kept in solution and prevented from forming Sodium chloride with chlorine by hydrogen bonding.

Calcium is of primary importance in the growth and formation of coral reefs and calcium carbonate based organisms like coccolithophores.

Ocean acidification is currently a major problem to calcium based organisms, many of which are now becoming damaged by bleaching as the levels of alkaline calcium are reduced in the ocean. Calcium can also be found in sediments as calcareous oozes.

A relevant reading to purify water with water softeners at Icecubicle Blog, check it out!

Silica is a particularly important element in the skeletal formation of diatoms, a highly abundant marine organism, that is also a food sourced for coccolithophores.

However it is believed that seawater has a very low saturation level of silica. It can be found in solution, particulate form and in sediments as siliceous oozes.

Water is a universal solvent. Gases are more soluble in water of a lower temperature, therefore more absorption of gases from the atmosphere occur in polar regions and cold thermoclines in the oceans.

The solubility product is the equilibrium constant for the dissolution of a solid ionic compound into the separate ions it is made up of and is determined by dividing the products of a reaction by the reagents. However in most cases this reaction is reversible.

The global conveyor belt is the primary mechanism for mixing of nutrients, gases and any other substances in the worlds oceans. It is driven by thermohaline circulation.

Thermohaline circulation is affected by a number of factors, including pressure, temperature, density and climate. But generally cold water sinks in polar regions as cooler water is denser, and it travels around the global conveyor belt.

Water is generally rising at the equator where warm temperatures cause the evaporation of surface waters as density has decreased, drawing water up from the depths and warming it.

Oxygen as a Tracer

To study the global conveyor belt mechanism it is often very useful to have a tracer to follow. However tracers that have been used in the past have been harmful to marine life.

Recently an alternative has been suggested. Oxygen, like most gases, has an increased level of solubility in low temperatures. Since cold water sinks containing these high oxygen levels we can monitor it through rising and sinking.

This technique allows scientists to discover the source of certain bodies of water, and determine the path they took to get to their present destination.

Best Cake Pop Maker Reviews By Industry Experts (2020 Updated)
Best Electrician Screwdriver: Reviews Of 2020 (Updated)
Dark Chocolate Peppermint Cupcakes
What Is A Fog Machine And How Does It Work?
Hot Milk Cupcakes
How To Make A Fog Machine With Household Items
How Do You Know If The Oven Is Baking?
Best Ever Flaky Tea Biscuits
Skillet Baked Apples: By Sweet Revelations
Dark Chocolate Roses